Skip to content
Home » Charity
I started using AmazonSmile about a month ago and thought I would share it with you. It is a pretty easy and free way to support any charity of your choice when you shop with Amazon. I currently support the Muslim Center of Middlesex County (MCMC) but you’re able to pick any registered charitable organization and have Amazon donate 0.5% of your purchase price to them.
The only thing you have to do is make the purchase through smile.amazon.com instead. The website will look exactly the same, with the same products and prices but a portion of your order will now be donated to charity instead.
A screenshot of the age is here: 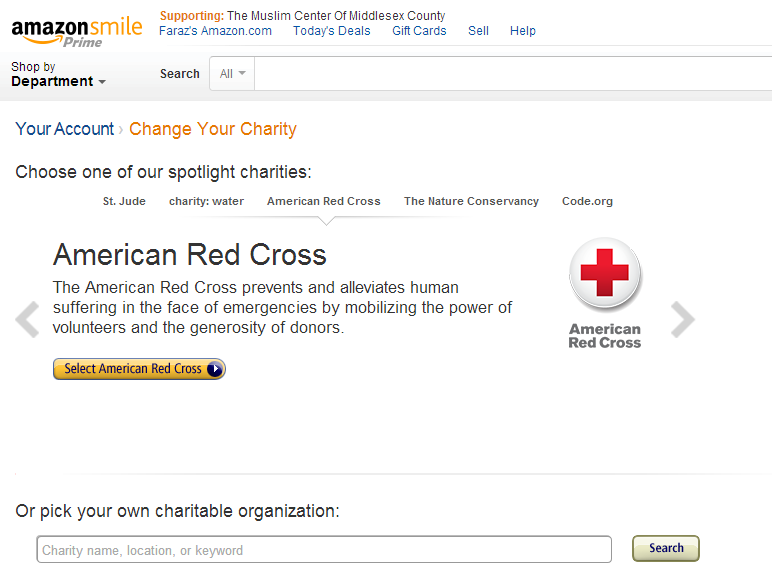 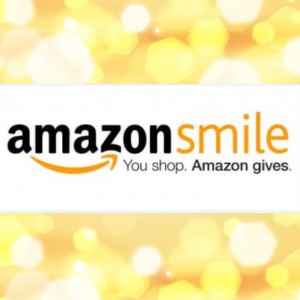 I definitely need to get back to writing more often and I have a list that has been growing that I want to write about but finding the time these days is proving to be far more difficult than I had originally expected.

Work has been fantastic so far even with the disappointment of my vacation being cut short this month. The nice trade off was increased exposure with many people in the organization and things like that are hard to come by for someone as new as me. We already do monthly charity donations but in December we had a raffle of tons of prizes with all proceeds going to the Sick Kids Hospital. People here already donate as it is but an added incentive always increases the turnout. Prizes included a flat screen TV, other electronics, tickets to sporting events as well as gift cards. I won a Sony MP3 Player

I just ordered material for my first CFA exam in the middle of next year which will probably cause me to go dormant for quite a while since I’ll be studying most if not every night for this starting the moment I get back from my mini-vacation.

I’m hoping to come home just for a few days hoping to do as much as I can and I have to remember to update my new home address in my GPS – it’s my first trip back since we completely moved in.  I think it will be pretty much family-dedicated the first two days and then all friends-related business on the 27th, the day before I leave. That last day already includes lunch with a friend I’ve known for about a decade now and then up to Jersey City to see 222.  If you’re free during the day or even the night before (maybe), give me a shout and let’s do something. It’ll probably be another couple of months before I make my next trip down south.

I went ice skating for the first time in several years and even though it took a couple of laps of going ridiculously slow around the boards, it turned out pretty well as the night progressed. I only hit the ice once which was definitely less than the number of times my ‘experienced’ buddies hit the deck. Next item up on the agenda is to get snowboarding gear and hit up the slopes. Still contemplating whether I should purchase or rent – a decision that probably hinges on how my first attempt goes.

One though on the baseball offseason so far though: The Phillies have compiled arguably the most dangerous pitching staff in the history of the game but what I fail to understand is, where is the outrage? Can you imagine if the Yankees had bought all this talent? Why is there no cry to look out for the smaller market teams now? That has been the most disappoint part throughout this entire off season of ridiculous contracts being given out with Boston and Washington included. Very disappointed in the silent fans so far and if that’s the route they take, they should sit idly as well the next time the Yankees decide to spend well and above everyone else.