So it has been 8 days since I placed a Direct Fulfillment Order for my iPhone 3G since it was sold out in all the local stores (Apple and AT&T). Originally I was told it would only take 5-7 days and I assumed it would since Apple was releasing their phones worldwide and I thought Apple would be ready for a release on such a massive scale. Turns out I was a little wrong in my judgment. 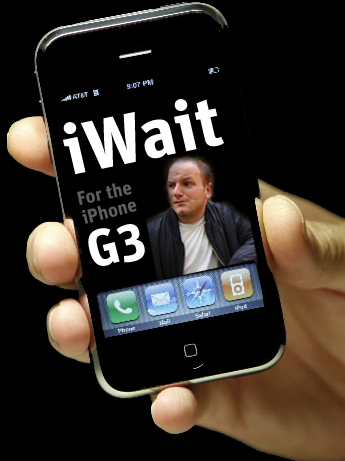 As of day 8, I am currently #15 #12 (3:17 PM) in the waiting list at my local AT&T store which is approximately getting about 5 shipments of iPhones a day (you do the math – at least 3 more days of waiting at best). The 5-7 has turned into 7-10 day wait for most people if not 2-3 weeks already. If you want to place a DF order now, you better be ready to wait nearly a month to get it. My suggestion would probably be to keep an eye out at a local Apple Store since they seem to be getting more frequent shipments and hope be lucky at get your hands on one through a walk-in.

There have been a couple of sites such as Where Is My Damn iPhone and ATT Direct Fulfillment Watchdog that have been providing some comfort (not a lot) by listing all the AT&T orders (whether they were iPhone related or not to show you your place in the queue). Also on the AT&T Wireless Forums there was a thread created on 7/13 called Has Anyone Receive Their iPhone 3G Through Direct Fulfillment and in merely 9 days it was already generated 5,140 comments from disgruntled customers (myself included). Although the anger has somewhat subsided and patience starts to kick in for most of the people, the iWait continues and hopefully will be concluded soon enough.

I will definitely review the product once I do get it and for anyone reading this who already got their hands on one, let me know what you think. Was it what you expected? Pros? Cons?