So I have been playing Halo 3 since the day it came out but I have only recently started playing these double EXP events over the weekends. I was playing GriffBall yesterday which is a modified dodgeball with hammers and swords and there is a skull in the middle of the court that you need to get to the other side to score a point.

Well, let’s say that in between the scoring I was getting some kills in as well. I had gotten ‘Overkill’ which is 4 kills within 4 seconds of each other. Playing yesterday, I learned about ‘Killtacular’ (5 kills within 4 seconds of each other), ‘Killtrocity’ (6) and ‘Killimanjaro’ (7). That was some game there and certainly there is some luck involved where I got it all started with a double kill with a hammer and the opponents were spaced out enough that allowed to strike each opponent in time. 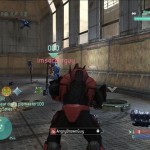 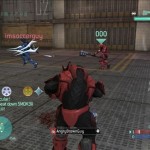 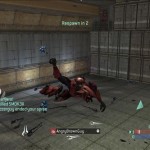 I would have loved to continue the streak but unfortunately my streak was ended right there.