So there was finally some snow accumulation today… not that it lasted very long. Oh well, On to December we go with little to snow at all — pretty mild winter so far. Can’t believe it is December already.

This is from about noon today:

This is from about 2-3 hours after the above picture was taken (huge glare too): 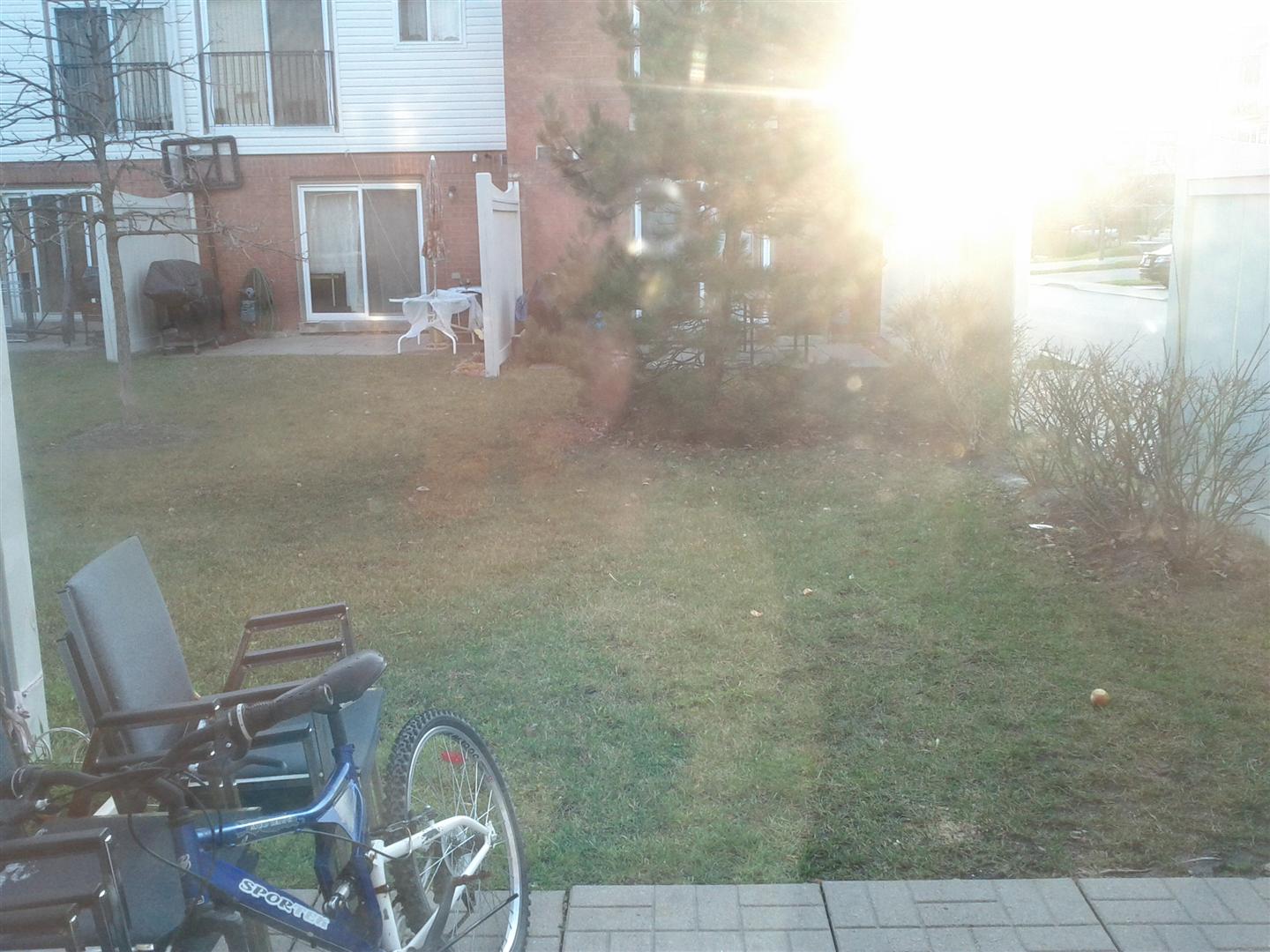 Let me tell you about my lovely commute and day this morning. It started snowing here overnight and I had an 8:30 meeting in the morning. I initially thought about waking up at 4:30 to watch the Pakistani QF game but I was just too tired and slept again after my alarm went off. I also didn’t take my usual 7:10 train (which gets in at 7:45) but went for 7:30 (8:15) to give myself extra time to clean the car. I leave the house 20 mins early even though it is a 5 minute drive but the road was crazy slick. I tried to stop at a red light but my car decided it didn’t want to and I definitely skidded through the red light and just kept going. A couple of lights later, there were two accidents and a public bus was stuck in the snow, making a 3-lane road into a single lane. So after going roughly 20 KPH the entire time, i get into the station and there are no parking spots left… and on top of that, the train starts to arrive! I parked where no spot existed since everything was covered in snow anyway and no body checks on days like these, sprinted in my work shoes down the stairs, across the tunnel and up the stairs to the platform and just got on as the door closed.

I got into work about 5 mins before the meeting which started promptly at 8:30 went through lunch and ended at 4:00. Non. Stop. I even had my lunch at my seat in the conference room, only left the room once to go to the bathroom in between. It was an awesome demo and discuss though, talking about Strategic Asset Allocation and the likes with some people head and shoulders smarter than me in the room. I wouldn’t mind working with them some day in New York.

Then on my way home, it took me some time to even walk to my car since none of the roads were cleaned at the station, then another 10 minutes to clean my car and then drove like a slowpoke in the snow because I did not want a repeat of the morning. This time I saw a three car accident turning that same 3 lane road into a single lane again.

I made it home safe though and I know you were worried so I figured you should get a heads up.

I can’t believe it has been over a month since I last posted and it has even gotten several people to ask why. The primary reason I haven’t had a chance to post is since that post I have worked a 40 hour week (in 4 days), followed by a 50, 60 and another 50 hour week. I finally have some time this week as there is a slight downtime in between projects but I don’t expect that to last very long. I was excited for a week or so thinking I would getting a day off for Remembrance Day but apparently the entire of Canada gets that day off except for Ontario because we have some Family Day in February.

The weather here has become increasingly cold with lows often in the lower single digits and even hitting negative degrees a couple of times. It is such a pain now, having to wait to defrost the windshield before leaving for work in the morning and I can only imagine doing this daily once the snow starts falling down which isn’t too far away as reports come in weekly of flurries or overnight accumulation of snow in places about an hour away or so.

One thing I have noticed is that I need to keep better track of my change. Every time I go out at lunch or for a coffee break, I would come back and put the change in a pocket in my bag. I never really looked back into that pocket since I have started working here which was back in July. Over the weeks, that certainly started to take a toll on the weight of the ball and it finally tipped over in my car yesterday morning – fortunately it was there and not on the train or something. It turns out that I had nearly 200 coins in there including several Loonies and Toonies and there is more than enough money there to buy me a full tank of gas, although I don’t think they’d like it if I paid a $50 fill up with 200 coins.

As it gets closer to the end of the year, I am looking forward to heading home down south towards the end of the year and I wouldn’t even mind driving this time since I can probably take about 9 days in total with the three weekdays being off due to Christmas, Boxing Day and New Years. There are only 46 more days (33 not including weekends) but it’s not like I have a countdown calendar at work or anything. We have recently moved into a new house where we weren’t completely settled in last time I visited so that’s going to be a change for sure. I want to connect back with my old soccer coach and my high school but given the timing of my visit, that’s probably going to have to wait for another time.

As always, if any of you are going to be around in the area at the end of December (or in Toronto any other time of the year), give me a shout.