I have never understood why 911 calls and transcripts are made public? What public necessity resides in an emergency phone call usually made during the course of events which are often quite traumatic or life and death matters being made available to everyone?

The only thing I found was an opinion piece by the Attorney General of Florida Bill McCollum cited the “Florida Emergency Telephone Act” which states:

That basically states that information gotten from the call except for name, address and telephone number can be made public but still does not answer why such is necessary.

Anyone with any idea or if you want to point me in the right direction, feel free to let me know and I’ll put up an update and give proper credit of course.

Here is the link to the Nate Silver article with all the statistics written out in words for you readers out there.

Presented by Online Colleges and Universities 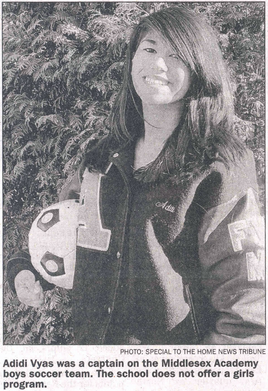 It’s no surprise the economy is shrinking and so is the number of presents under most people’s trees but thanks to one Web site, nearly 3,000 people will have one special surprise from someone they’ve never met before. The members of Reddit.com, a Web site where users share links to breaking news stories, photos and more, have gathered together in what they believe is the biggest secret Santas ever and I participated in the event along with a roommate of mine, both of us who have been members of the site for a couple of years now.

The idea started simply enough, with one member “kickme444” asking if anyone was interested in a gift exchange and, like most social media, the idea exploded in just days. I am really excited to see the idea take off and see some of the press coverage it has received over the past week or so including the ABC article and CBC clip I have attached at the bottom of the post.

Kickme444 and members of the site designed a site, wrote programming to match up givers to receivers and come December packages will arrive from around the country and possibly around the world. Unofficially 3,500 participants are from the United States, but the rest of the 1,000 members hail from 53 other countries varying from Canada to Australia to Japan and beyond.

The current Guinness Book record holder for the largest secret Santa is more than 1,500 people, held by the staff at UK’s pharmacy chain store Boots. This exchange is set to double the number and smash the record.

This Secret Santa is unique in its relative anonymity. When signing up, Redditors could volunteer information about themselves and participants can look at their recipient’s past comments to get an idea of their interests and personality.

Suggested value of gift and shipping is around $15 but so far the average gift has cost about $27 with another $10 spent on shipping. The organizers have stated, “Handmade awesomeness is suggested, thoughtfulness is required!” Some are opting for homemade gifts – original art, photos, mix CDs, pepper seeds or items unique to their area. Discussion of ideas and requests have been flying on the site for the past few weeks.

Initially I did not know what to get as a present for my Secret Santee as he had very limited participation on the community site but a submitted form allowed everyone to enter some items they are interested and it listed a couple of television shows they were interested in and they wanted a poster from those shows. That made my

Gifts were scheduled be shipped out by Dec. 10 and assuming plenty of redditors are procrastinators, a lot of gifts including mine were shipped out on the last date. Upon receiving the gift, community members have begun posting photos of their present on a thread for Reddit Gifts for the rest to see.