Israel continues their massacre and bombing campaign which including a one-ton bomb in a residential area, all which I should remind you is done in the name of peace.

Gaza officials say that nearly 400 people have died and over 1,500 have been injured since Israel began its aerial assault on Saturday. The U.N. figures say at least 60 Palestinian civilians have been killed. 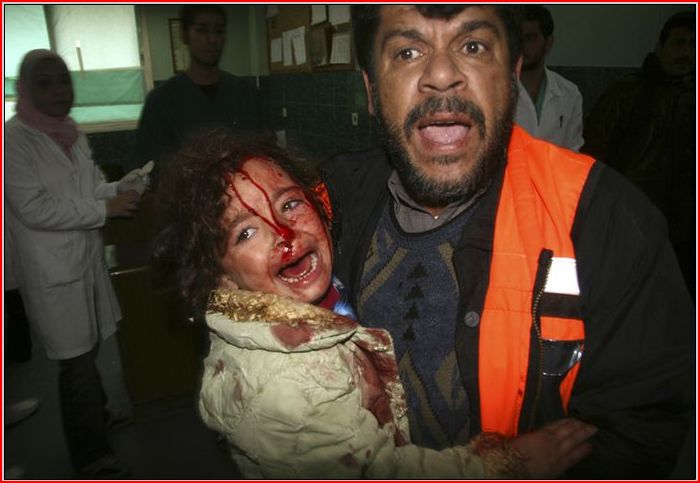 (Palestinians carry the body of an 11 year old during his funeral. He was killed Wednesday after he was injured on Tuesday in an Israeli airstrike. His two sisters, 12 and 4, died in Tuesday’s airstrike.)

Well here is a Freudian slip for the ages. The more time that continues to pass by, the more slips we have about what actually took place that day… go figure. Whether these mistakes are by Rummy or the mayor or the President himself, they have come from all over the place and contradict the “official” story. He talks about the same plane being shot down that they have tried to play off as people onboard over took the hijackers and brought the plane down themselves… Who knows what you should believe?

This link has several other slip up by several prominent members of the public and I will show one of them.